I realized my daughter needed a scarf for winter, especially with cold mornings waiting for the school bus. I decided to make one for her for Christmas (fortunately, not her only present), but got started rather later than I should have — and decided to do double-knitting so it would be warmer and cut the wind better. Of course, that makes the knitting take twice as long, as I effectively knitted two scarves, and as I believe it’s better, when possible, to make something large enough to last a long time, it’s a rather long scarf.

I finally finished the scarf this month, just before the last snow storm, which means she’s gotten to wear it all of two or three times this season. Oh, well, there’s always next year — and many more to come. 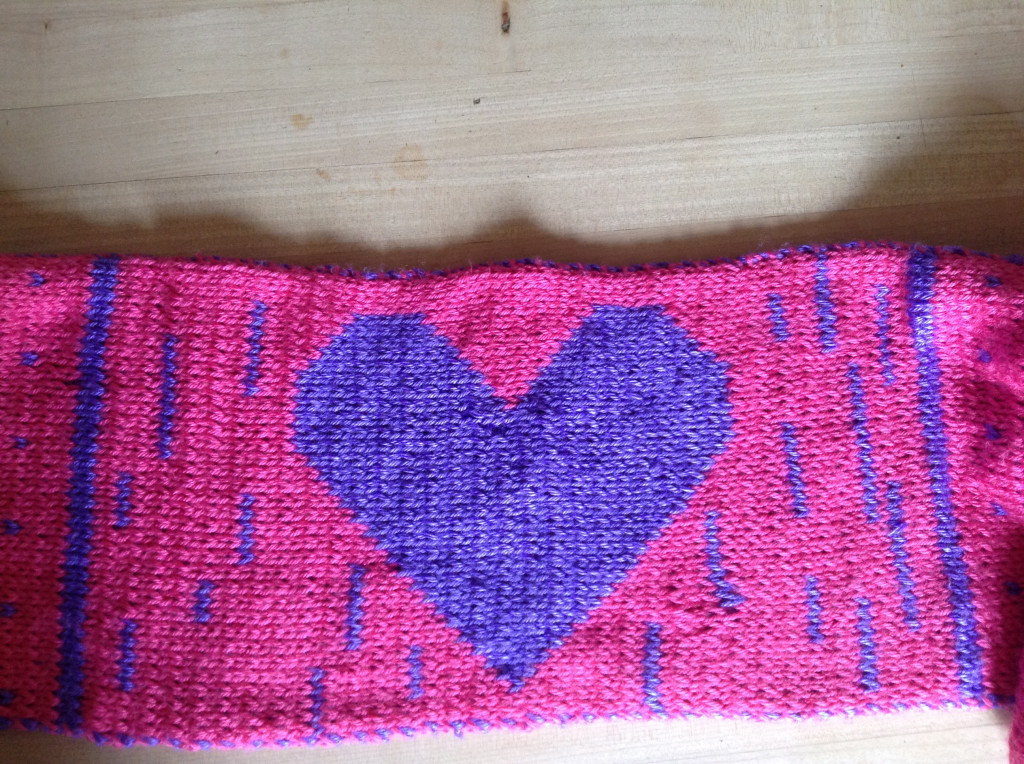 The heart is the center of it all.

Doing the double-knitting allowed me to use two colors without worrying about the gaping that can happen with intarsia or the strands across the wrong side of the fabric; all I had to do was switch which yarn was in front and which yarn was in back. The end result was a scarf that’s pink with purple patterning on one side and purple with pink patterning on the other. I made up the pattern as I went along, and once I got to the middle of the scarf (the large heart pictured above), I simply repeated what I’d done in reverse — although I did miss one band of alternate color near the end. Oops! 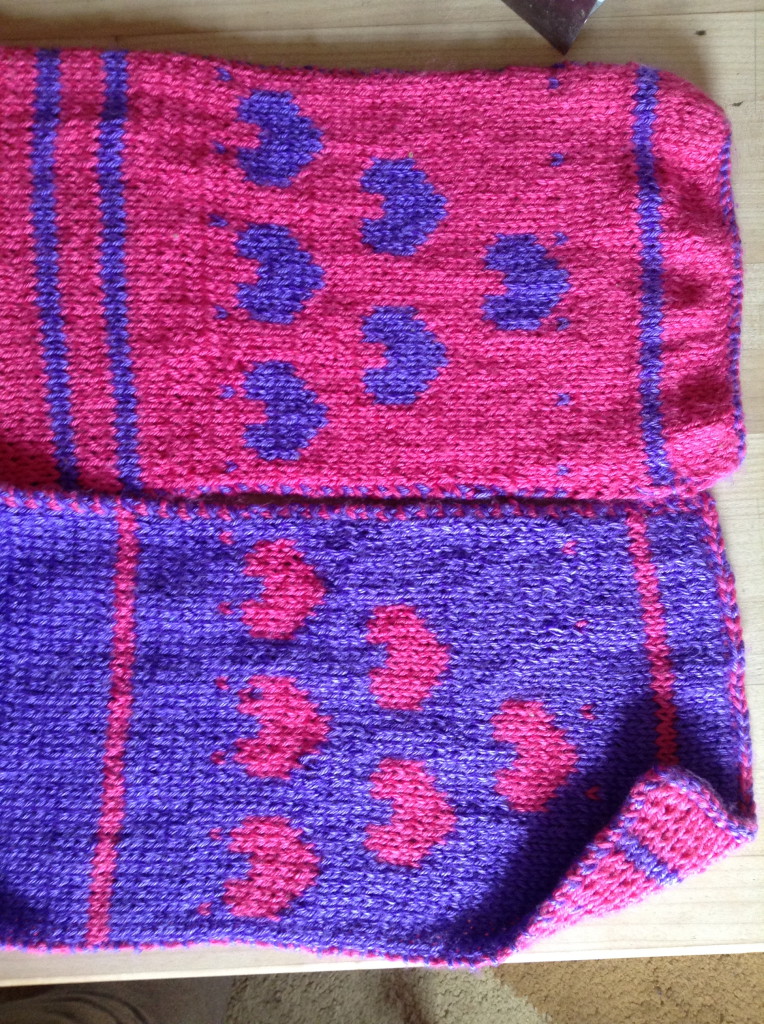 The two sides of the scarf, showing the reversibility.