I got this idea from Facebook, and it looked so simple, I just had to try it. When my son’s band solicited donations for a dessert hour, I had my chance.

The concept is simple: in a muffin pan, you put in a spoonful of brownie batter and a spoonful of chocolate chip cookie dough. You bake as you would for brownies, but for less time. 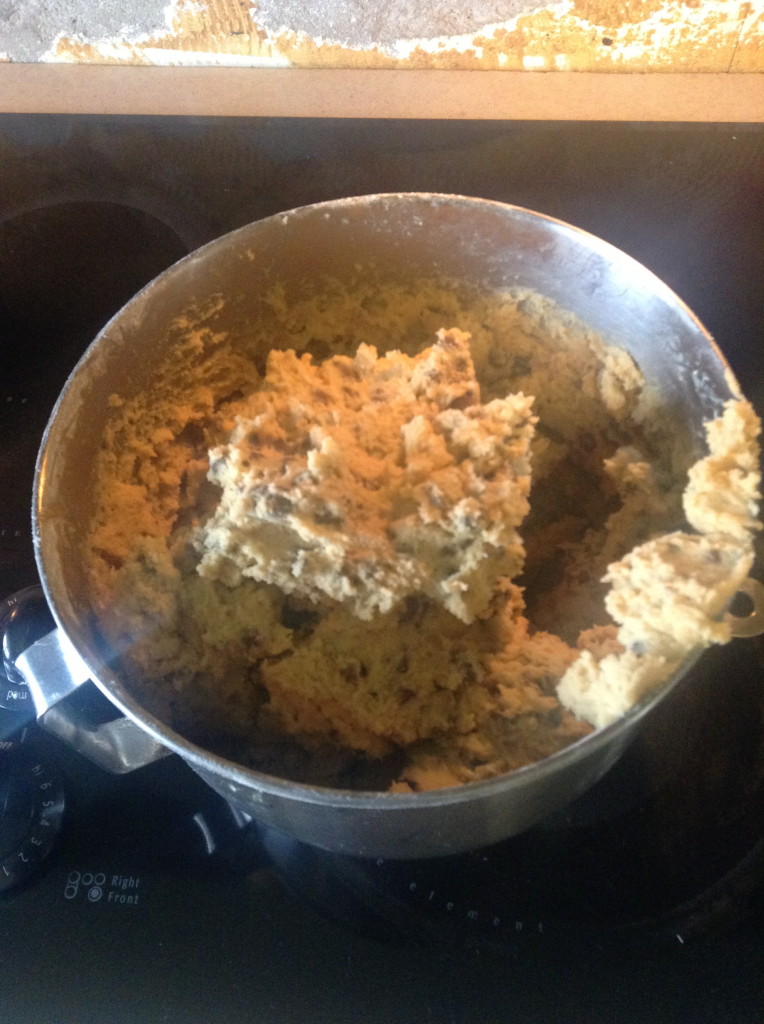 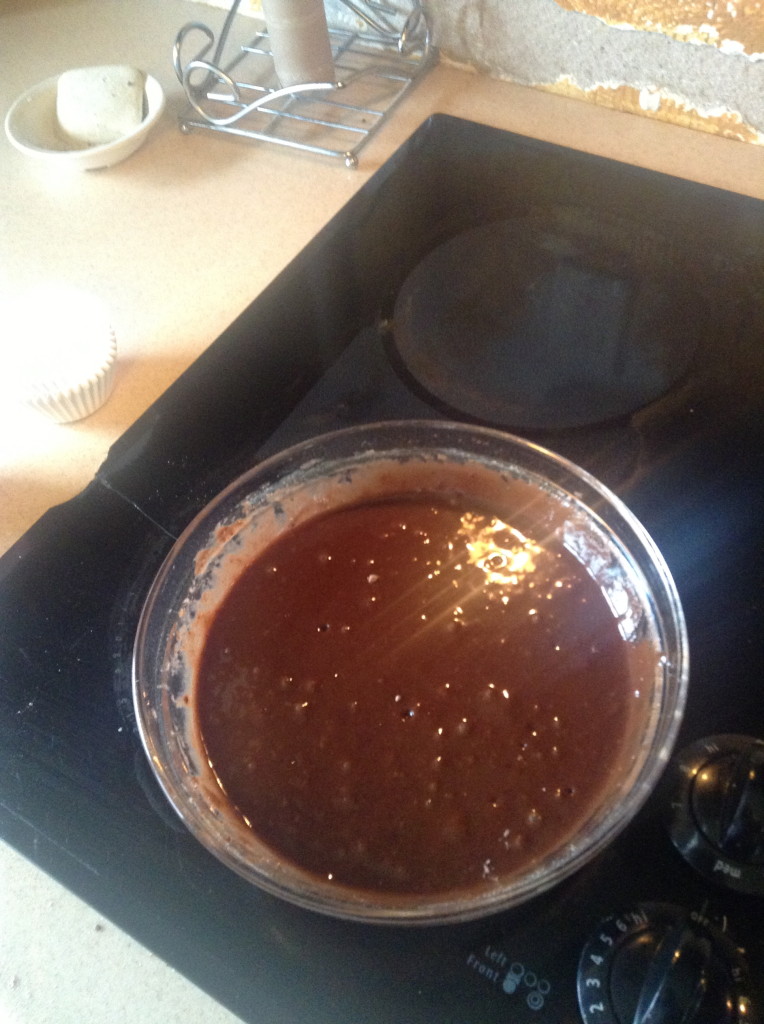 Brownie batter, all mixed and ready to use.

Next, I made my brownie batter. Although I used to be a purist and make my brownies from scratch, I’ve found it’s much easier and quicker to just grab a box of whatever’s on sale and bake that. (My daughter’s partial to the Pillsbury Funfetti mix because she likes the colored candy bits on top, but for this recipe, I went with Betty Crocker’s Fudge Brownies — the 13 x 9 size.) 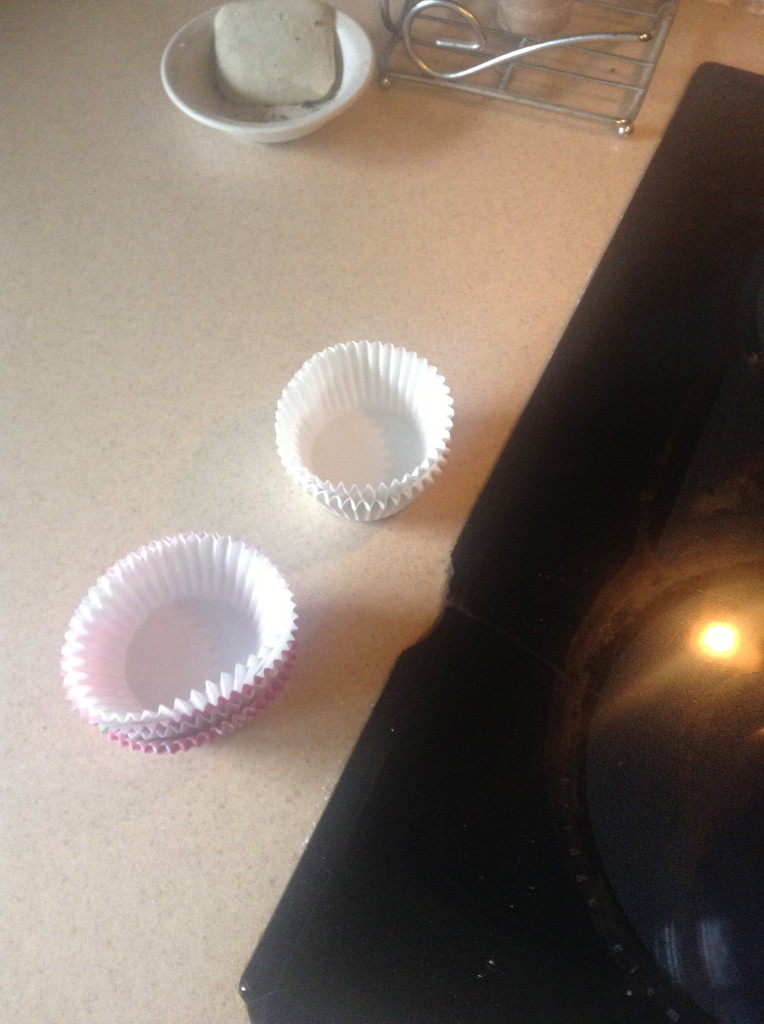 The final “ingredient” for assembly.

My muffin tin’s old and beat up (Okay, not that old, and it would be in better condition if I didn’t soak it in water before cleaning it. I’d like to get a silicone one where that’s not an issue. Someday.), so I used cupcake liners for the actual baking. 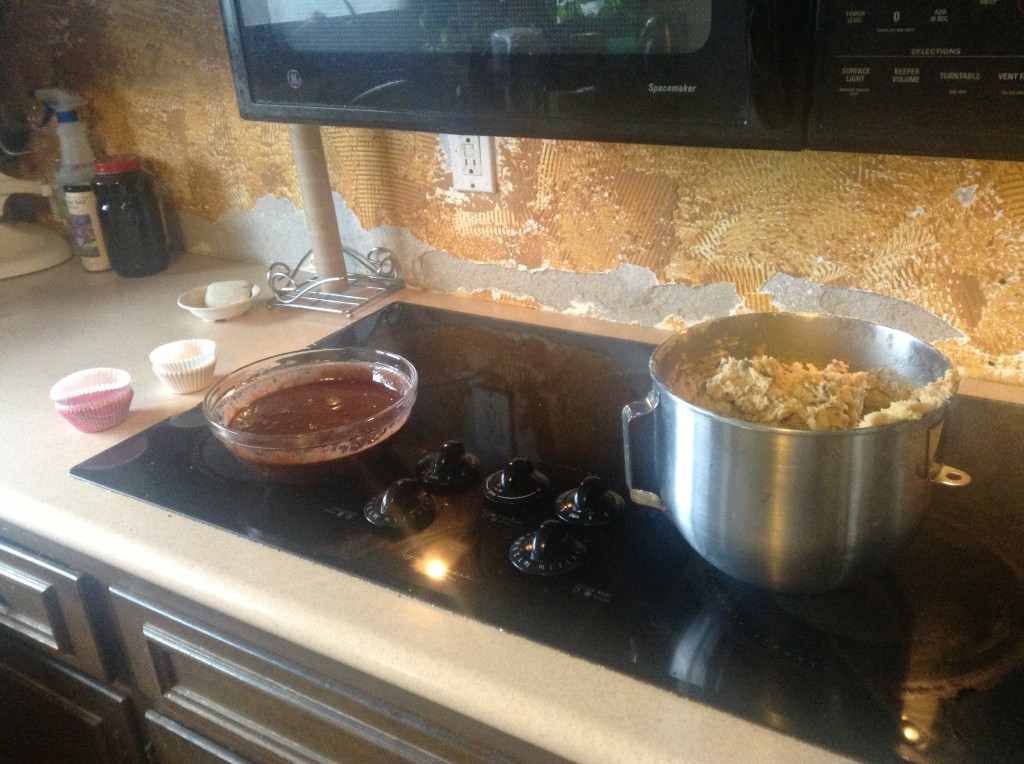 Everything lined up and ready to go. 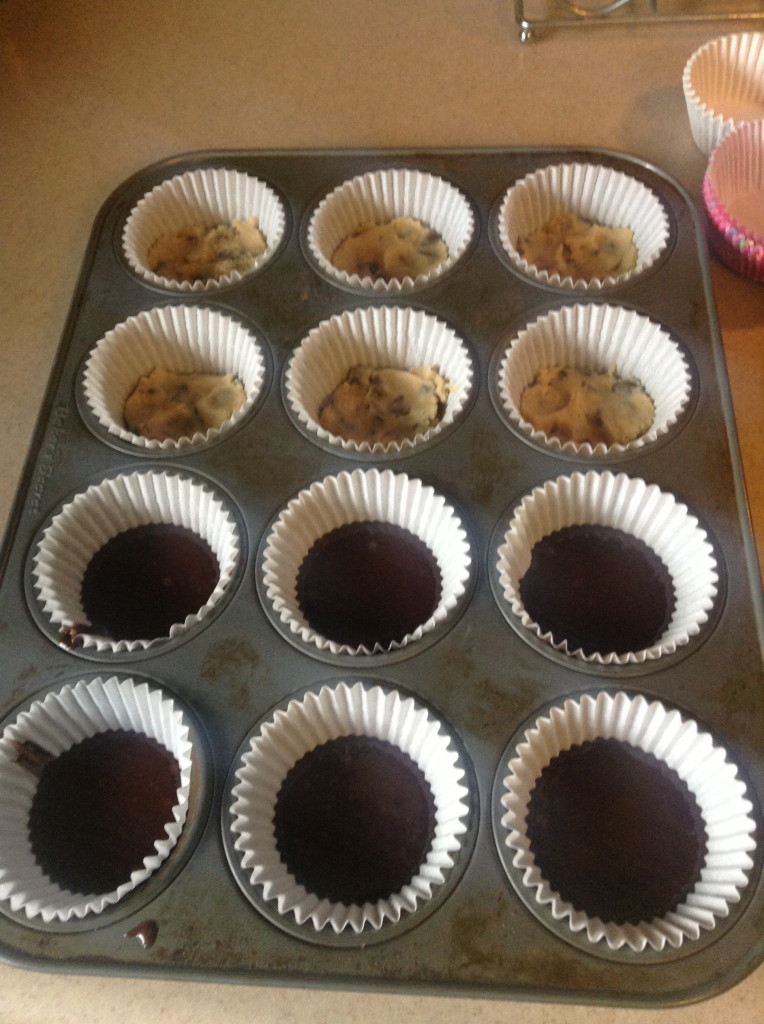 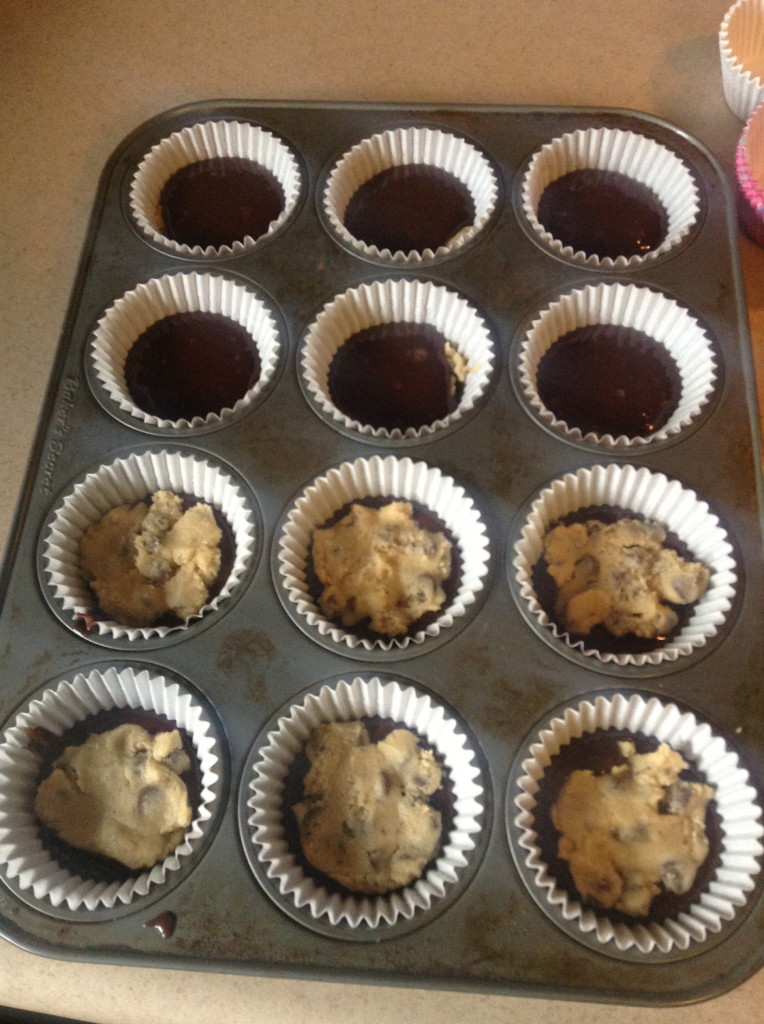 The layered ingredients, all set to go in the oven. 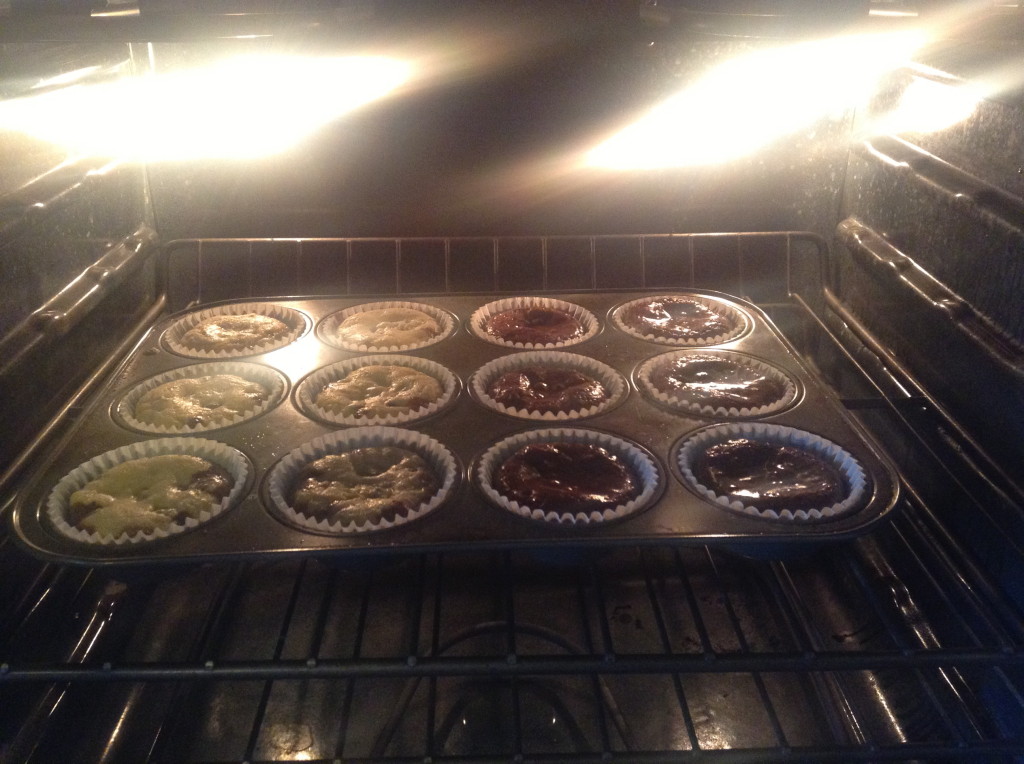 After baking for 15 minutes.

I started off by baking them for a bit more than half the time I would bake brownies — I started checking around 15 minutes. They weren’t done, but they were looking good. 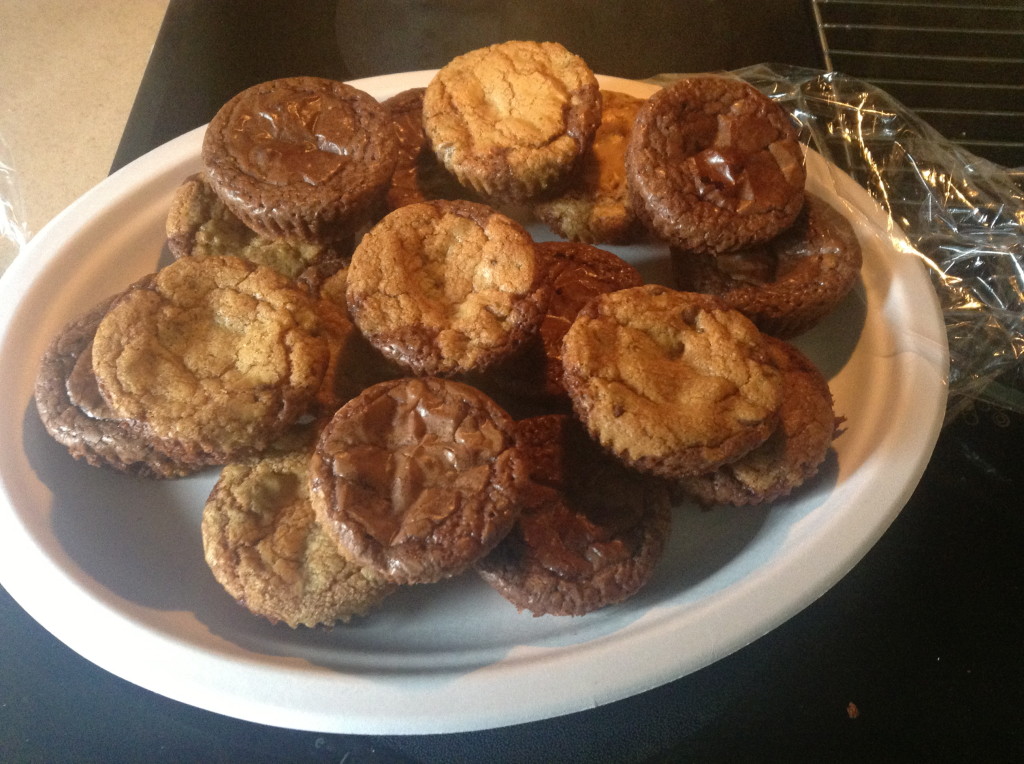 The finished products looked wonderful. They tasted pretty good, too.