Not golden slippers, but crocheted slippers.

As I said, I crocheted slippers for the kids for Christmas. For my son, though, it was a bit more complicated. His feet had been the same size as my larger foot, so I used that as the basis of the slippers I made for him. Unfortunately, he grew.

This means, of course, that I had to make a new pair.

I let him choose the colors, and I made them. They were too big this time. Well, I was narrowing down the size range. So I unraveled the slippers, this time winding the yarns up together into a single ball, and started again. 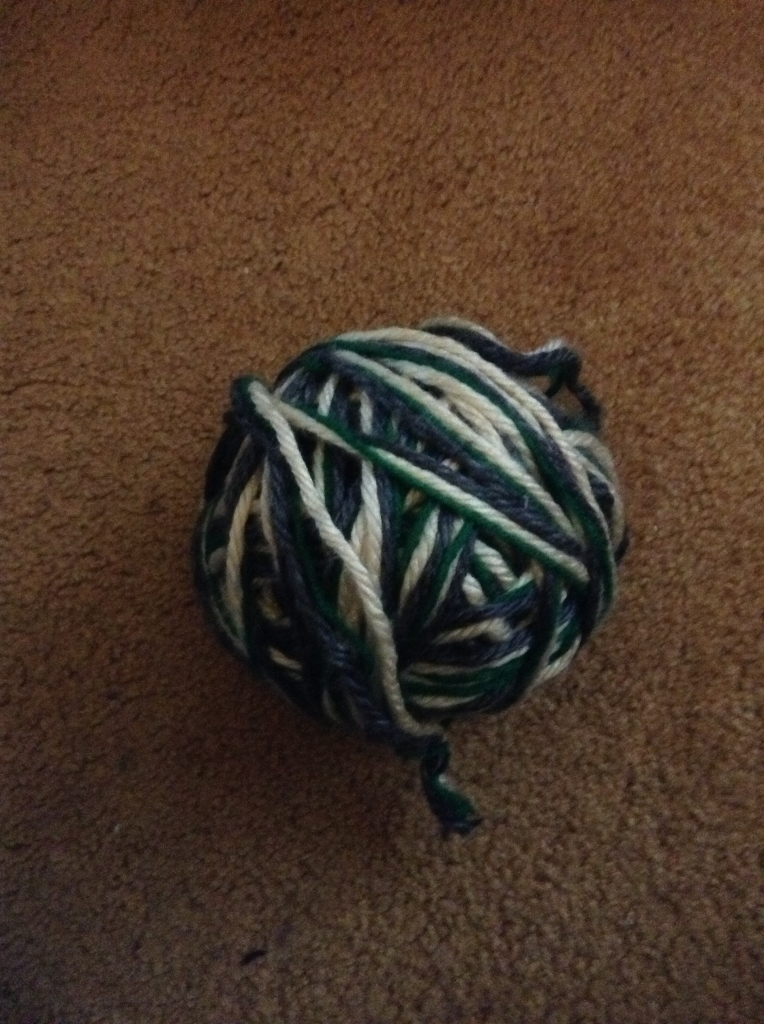 One slipper. Some assembly required.

The sole of the slipper is worked as a simple oval — chain down the middle of the foot, then spiral around, working increases at each end to allow the sole to remain flat. (I did this by working a series of increases, so going around the tip for one row, I would do 2 stitches in the stitch right before the end, 3 in the very end stitch, and 2 again in the next stitch.) Because I’m using fairly weighty yarn (Lion Brand’s Hometown USA, which they describe as super bulky, double-stranded, plus a single strand of standard Red Heart for added color), the sole works up thick enough to keep feet warm on cold floors, and soft as well. 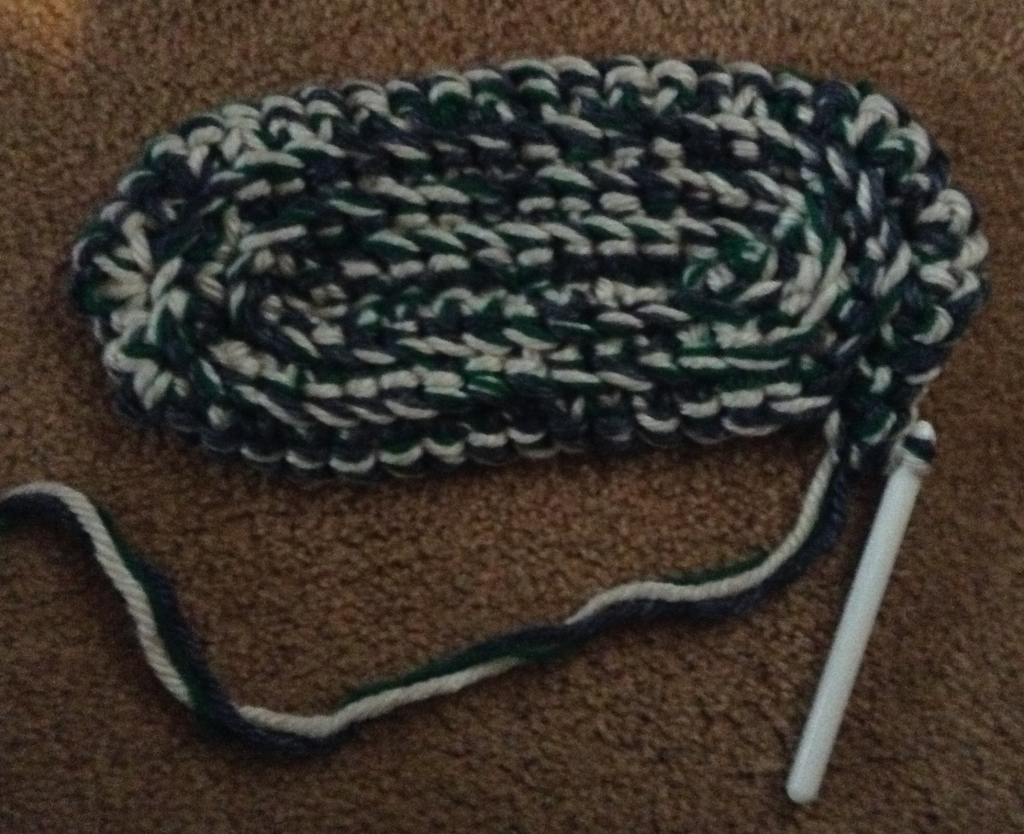 When the sole reached the size I wanted, I had to reverse the increases to make the rows curve upward instead of lying flat. A few rows of that, and then I started going back and forth just around the front of the slipper, ending by crocheting the two sides together. Total time for one slipper probably no more than an hour or so, depending on size. 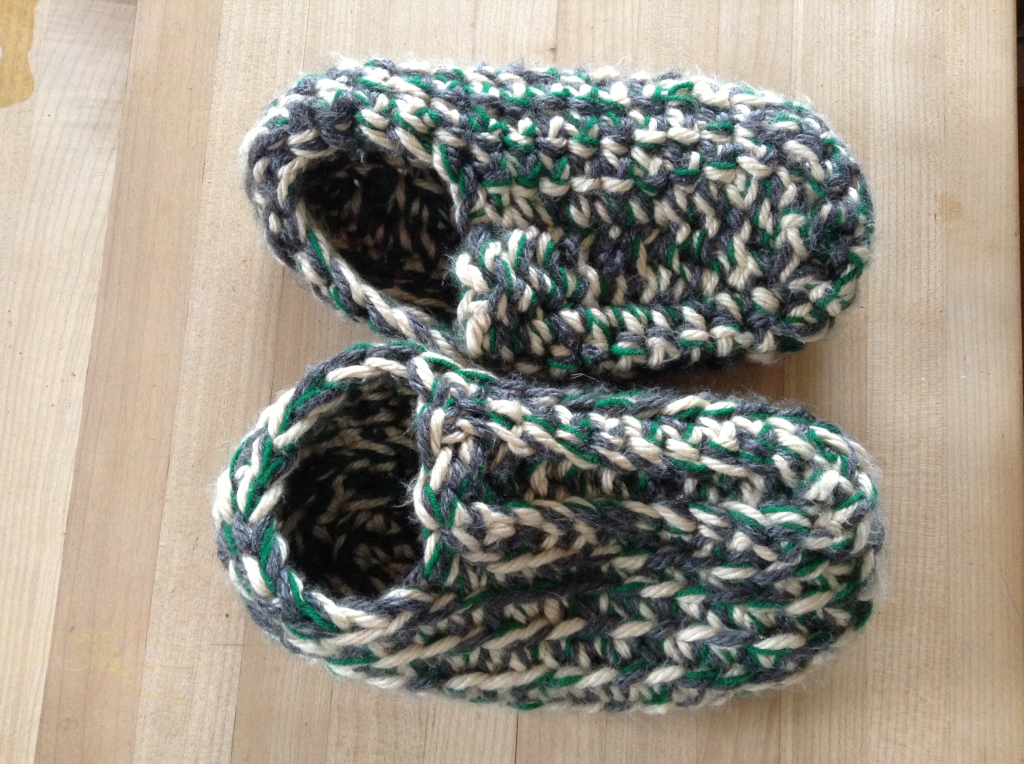 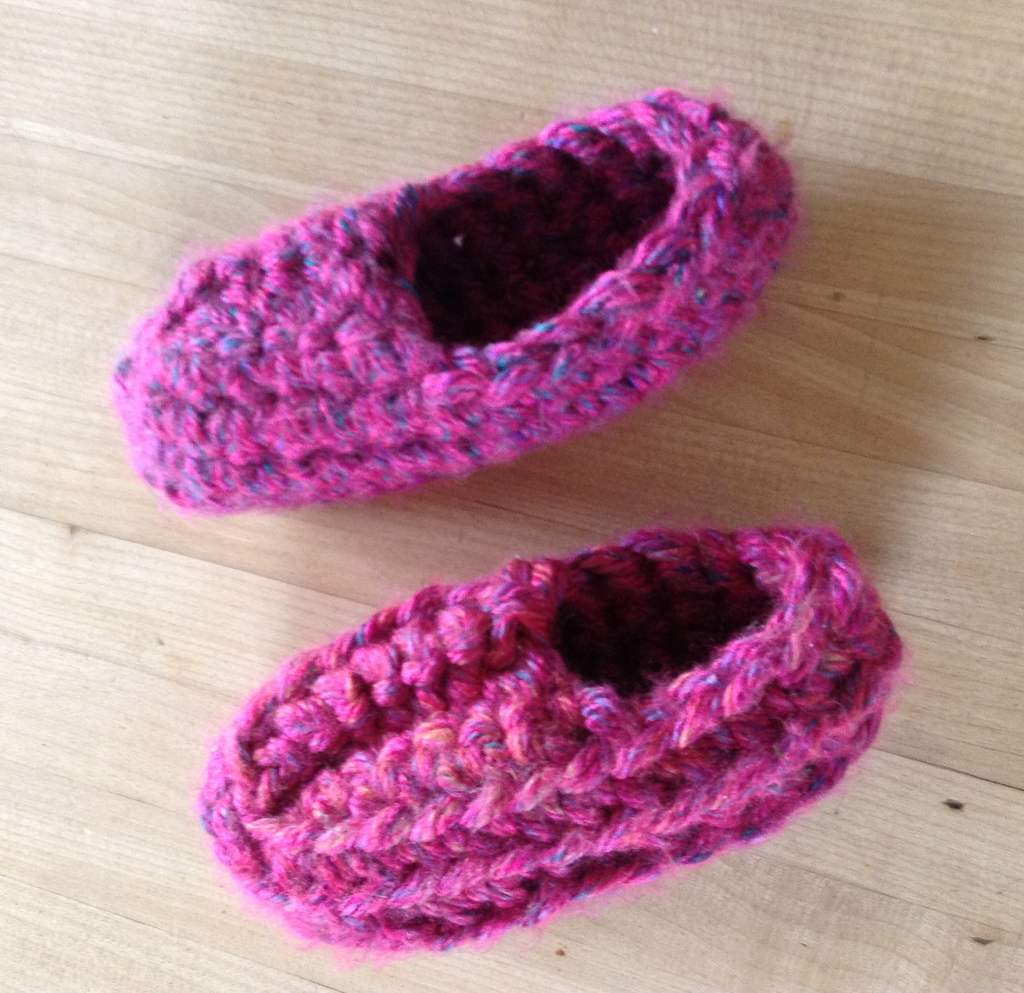 The girl’s slippers — note that the variegation makes them look different shades.

And just for comparison (and yes, the girl’s slippers are too large for her, but she doesn’t seem to care, since she knows she’ll grow into them) — 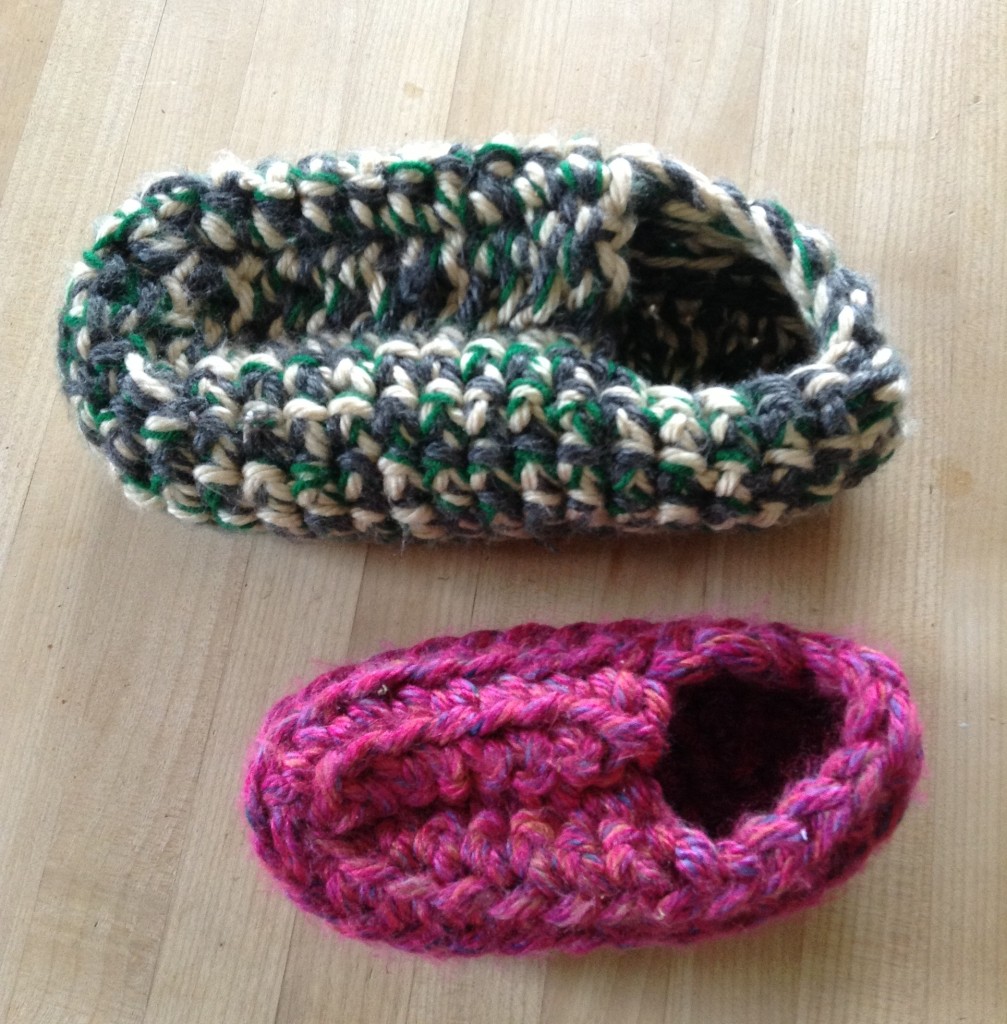 No, her foot really isn’t that close in size to his.

2 thoughts on “Oh, them slippers”